The ‘When’ of our Lives Unifies Us, and Separates Us, More than We Know

The ‘When’ of our Lives Unifies Us, and Separates Us, More than We Know

When we were born - as well as where - matters much in who we become and how we see the world.

In recent decades, we have been bombarded with generational difference/diversity conversations (particularly as the first of the Millennials moved into young adulthood in the early ’00s). While much of that information has been contradictory and often short of providing true value, the phenomenon of generational difference is very real. And it deserves attention if you really want to understand some of the “base code” layered into people’s world views.

Take a look at this diversity wheel .

People’s world views formed in childhood and shape much of how they march through life as young adults, how they parent and lead as midlifers, and how they wish to shape their final legacy and wield their peak years of power and influence as society’s elders.

And while every single element of individual diversity (as seen in the graphic below) is legitimate and influential, it’s the WHEN of our lives that influences most our relationship to institutions: family, government, education, media, law, religion and so on.

Look at your own life for example.

What were large outer-world events that shaped your childhood and early coming-of-age years? Gas lines? The cold war? The Great Financial Crisis?

How did the media (a representation of societal attitudes) treat children? Were children Satan’s spawn? Or cuddly babies? Or quiet and barely heard? Did the news focus on stories of bad kids and kids doing terribly in scholastic rankings? Or focus more on how all kids deserved a chance and support? (These collective attitudes about children do change over time, and cyclically.)

Was your childhood a time of relative peace in the nation? A time of crisis and collective action? A time of expansion and hope? Or a time of growing pessimism and individuality? These things matter to how your view of the world is shaped. 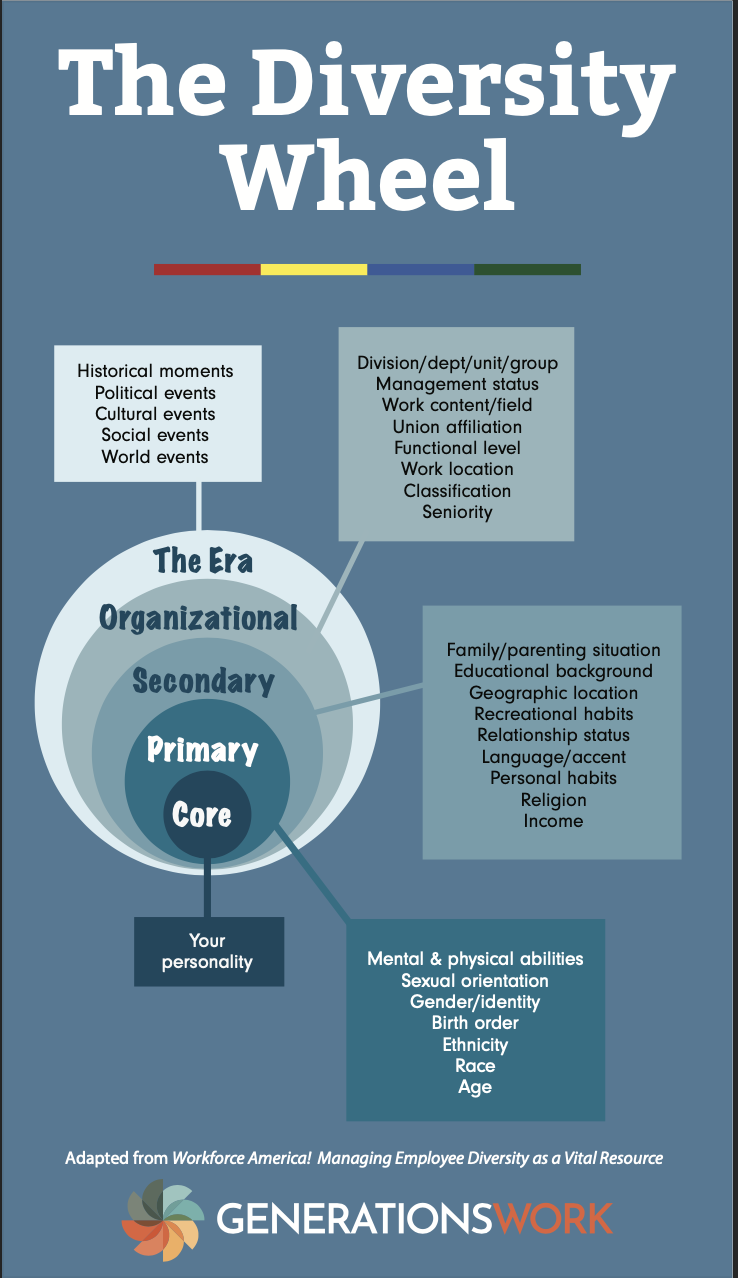